To be played as a stop gap until our normal Winter League season can be up and running again.

Eight teams have entered and with the help of Ron from Burwash have been drawn into two groups of 4, playing each other on a home and away basis.

At the end of the group stages all teams will go through to a knockout two-legged quarter finals knockout stage. Semi Finals will then be played week beginning 7th December and the Final on 14th December.

Each team will be made up of three players who will all play one singles frame each and be worth one point.
Matches will start at 7.30 and due to government’s guidelines  and will need to finish by 9.30. Any frame which is not finished due to a lack of time will be void.

The Hurst Green Winter League season 2020-21 season will then be reviewed. 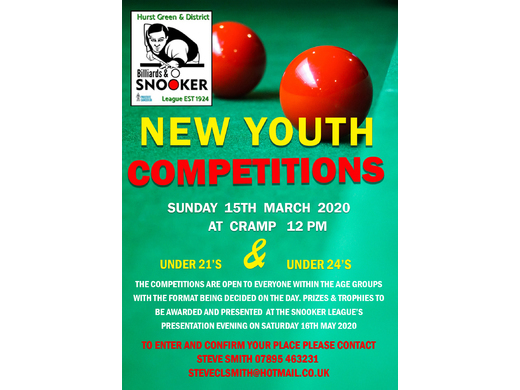